The Archives of the Cracow Cathedral Chapter keep a collection of mediaeval documents connected with the history of Poland, a unique collection of this type, both in Poland and in Europe. The archives are an invaluable source of knowledge not only about the Christian identity of Poland, but also Europe as a whole. The history of the archives dates back as far as the beginnings of the Polish statehood and the Church in Poland, that is the turn of the 11th and 12th centuries, though some documents kept in the Archives are of earlier dates. The oldest document is a manuscript written in Italy in the 8th century, known as Praedicationes. Most documents in the Archives’ collection have been produced as a result of the activity of the bishops, the Cracow Cathedral Chapter, and the circles associated with Wawel Cathedral that for centuries was the most important place on the map of Poland. The collection includes around 1,200 parchment documents, over 240 manuscripts and numerous seals. Among the documents are legal acts issued by kings, bishops and the Cracow Cathedral Chapter, inventory lists of the Chapter and of Wawel Cathedral, as well as books containing privileges, papal and ducal certificates on parchment, foundation books, visitation records, and inventory books. Among other documents, there is also an indulgement document for All Saints’ Church in Cracow, issued by Cardinal Zbigniew Oleśnicki on 23 October 1449. 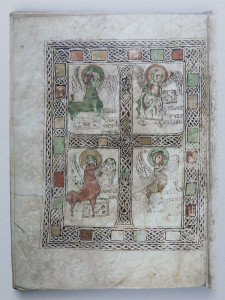 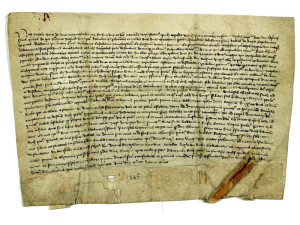 Among the most precious documents is the Act of the Union of Krev of 14 August 1385, which laid down the conditions of the marriage between Jadwiga – the Queen of Poland – and Jagiełło (Jogaila), the Grand Duke of Lithuania. It was on the basis of this document that the Polish-Lithuanian Union was created and the ensuing establishment of the Republic – the Commonwealth of Two Nations, the most powerful state in Central and Eastern Europe in the 15th century, and the establishment of the mighty Jagiellon dynasty. The earliest pf surviving Polish regalia, Ordo Coronandi – the coronation book used during coronation ceremonies of Polish kings – is also on display. The book was written for the coronation of Władysław of Varna in 1434. Among other items, it contains dates of coronations of Polish kings. It is bound in wood and covered with leather in the colour of imperial purple. Next to mediaeval documents, there are also contemporary documents in the Archives, including those connected with John Paul II. Among them there is a manuscript of his drama, The Brother of Our God, written by Karol Wojtyła in the 1940s, when he was still a young priest, and the Canonisation Bull of St Jadwiga, signed by Pope John Paul II in 1997. 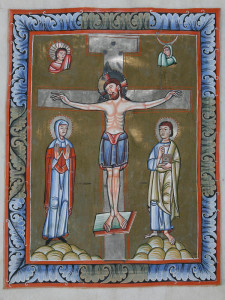 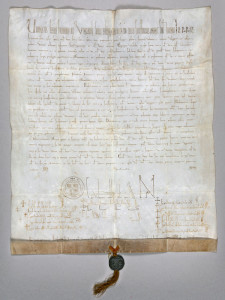 Document issued by Pope Urban III on the protection of the Cracow Church and Bishopric, done in Verona on 4 February 1186 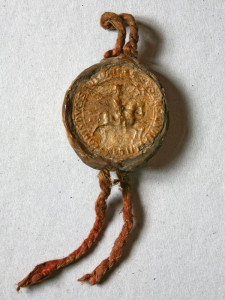 The seal of Boleslaw the Chaste, ca 1234