Originally a defense tower, it was reconstructed as a bell-tower in the 15th century. At that time it was lower and housed four bells. In the 16th century the tower was raised when the Great Royal Bell was made. The tower has an oaken internal self-bearing supporting construction, detached from the walls, on which the bells are fitted. This construction is a masterpiece of carpentry and has survived to this day unaffected. The Sigismund Tower is topped with an impressive dome whose present shape dates from 1899.
On the Sigismund Tower the four great bells of Wawel Cathedral hang next to the Sigismund bell. 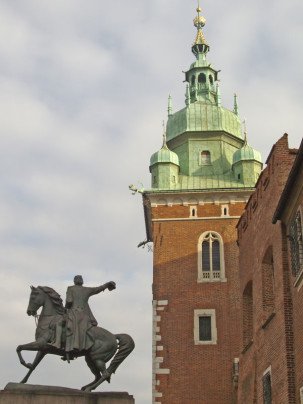 Founded by the Cathedral Chapter and its Prelate Jakub of Sienno in 1460. Dedicated to St Wenceslaus, the first patron saint of the Cathedral. Nicknamed “Głownik” (“Beheader”) in 1462 because it rang on the occasion of the beheading of six burghers condemned for the killing of Voivode Andrzej Tęczyński.
It is the smallest of the tower’s bells.
The bell’s body weighs ca. 1,800 kg (3,960 lbs). 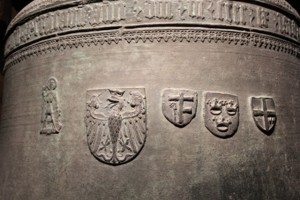 Commissioned in 1455 by the Cracow Cathedral Chapter.
Dedicated to Cardinal Zbigniew Oleśnicki, who as a young knight was one of the heroes of the Battle of Grunwald (Tannenberg) in 1410, and saved the King’s life on the occasion.
The bell suffered substantial damage in the 19th century, when it was hit by a shard of the broken clapper of the Sigismund Bell.
The bell’s body weighs ca. 3,000 kg (6,600 lbs).

Founded ca. 1364 by King Kazimierz III the Great as a votive offering of gratitude for Pope Urban V for his permission to establish the Cracow University.
Originally hung in a church in Niepołomice.
Ca. 1450 Cardinal Oleśnicki moved the bell to the Cathedral. For centuries Urban had been the most frequently used bell of the Cathedral. It broke and was reforged three times, for the last time in 1757.
In its present form the bell’s body weighs 3,000 kg (6,600 lbs). 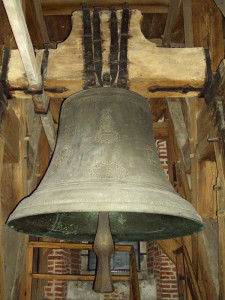 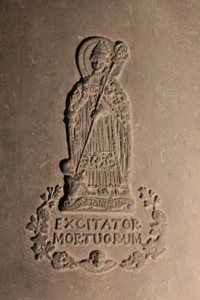 Founded in 1463 by the castellan of Cracow, Jan Tęczyński, brother of Andrzej Tęczyński who was murdered by the burghers of Cracow.
Dedicated to St Stanislaus, Bishop and Martyr, patron saint of the Wawel Cathedral, as a votive offering for the salvation of the soul of the founder’s brother and for the mitigation of the conflict with King Kazimierz IV Jagiellon.
The metal of an older bell, called “Nawoja”, was used in its construction.
The bell’s body weighs ca. 6,000 kg (13,228 lbs). 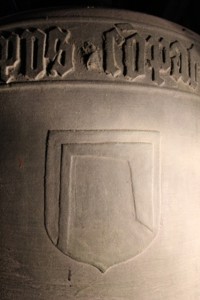