The loss of Poland’s independence in the 18th century brought an end to the original function of the cathedral as a coronation church and a burial place of Polish kings. When there were no more monarchs, Wawel Cathedral became important as a national sanctuary. Since the funerals of Duke Józef Poniatowski (1817) and Tadeusz Kościuszko (1818), Wawel Cathedral has functioned as the Polish Pantheon. It has become a great historical necropolis, where Polish heroes and national bards are buried along with monarchs.

A visit to the cathedral is also a lesson of Polishness which emanates from every detail of the church. In the period of the Partitions of Poland, thoughts and feelings of the Poles who consistently strived for independence began to focus on the cathedral. At that time, the cathedral stood as a symbol of the country’s historical greatness. 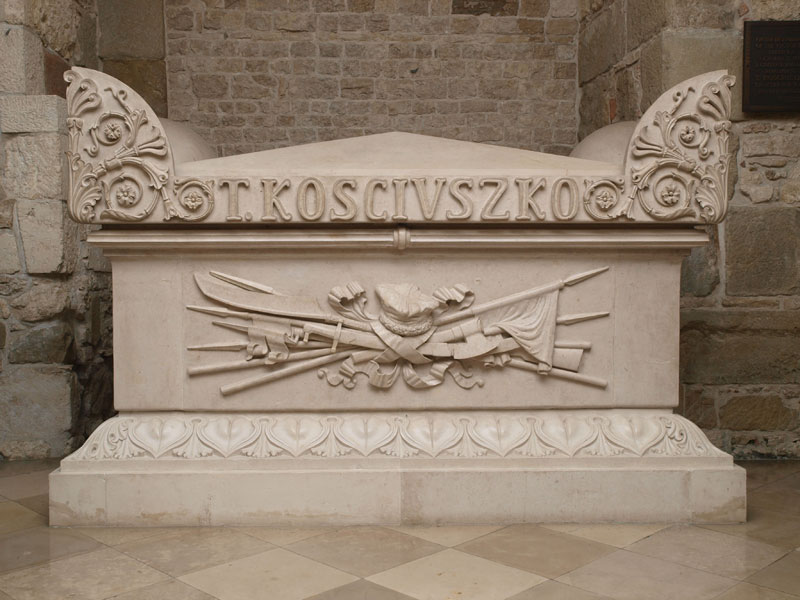 Ceremonies at Wawel Cathedral, such as the ones on the 200th anniversary of the battle of Vienna in 1883 and the 500th anniversary of the battle of Grunwald in 1910, maintained the continuity of statehood. In times of national unity the “Romantic” concept was born, according to which a royal grave was not only a burial place but also a national symbol to inspire Poles in the struggle for independence. In the second half of the 19th century, public access was given to royal tombs that had earlier been closed to visitors.

A visit to the royal graves and the graves of national heroes was a necessity for every Polish pilgrim at that time. For the generations of Poles who had lived in partitioned Poland, Wawel Cathedral was the nation’s history in a nutshell, the symbol of the country’s past greatness and glory. Wawel Cathedral has always been a synthesis of the history of Poland, and after the fall of the Republic even more than ever. Stanisław Wyspiański, in his drama Liberation(1902), was certainly right to put the role of Wawel Cathedral as a national sacred place in these words: “Here, everything is Poland, every stone and every little thing. Whoever enters it, becomes himself part of Poland … You are surrounded with Poland, eternally immortal”.

Polish national heroes: Duke Józef Poniatowski, Tadeusz Kościuszko and General Władysław Sikorski, were buried next to the royal graves in the Romanesque Crypt of St Leonard, the earliest part of Wawel Cathedral. In 1936, the mausoleum for the 1st Marshal of the Reborn Republic, the Leader of the Polish State, Józef Piłsudski (died 1935), was arranged in the crypt situated at the lowest level of the Tower of Silver Bells. In front of his crypt is a niche which contains an urn with the soil from Katyn, the place where Polish officers were murdered by the NKVD in 1940. 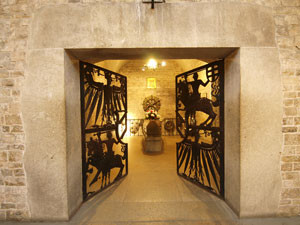 The Crypt of Marshal Józef Piłsudski 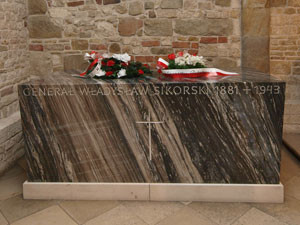 In 1890, the body of Adam Mickiewicz (died 1855), one of the greatest Polish poets, a political activist and political writer, was transferred from Paris to Cracow. On that occasion the Crypt of National Poets was created at Wawel Cathedral. In 1927, the body of Juliusz Słowacki, a poet, a playwright and a philosopher, whose work has had a great impact on Polish literature (died 1849), was also transferred from Paris to rest next to Mickiewicz in the crypt. A niche behind his sarcophagus houses an urn with the soil from the grave of the poet’s mother — Salomea Bécu, who was buried in Krzemieniec.

In 1993, the monument of Cyprian Kamil Norwid (died in Paris in 1883) – another Polish poet, playwright and painter, was installed next to the entrance to the crypt. In 2001, an urn with the soil from his Paris grave was placed in the crypt. Thus, the most eminent Polish Romantic poets, those who uplifted the spirit of the nation for so long as the country was deprived of its statehood by the occupying powers, were buried in Wawel Cathedral’s crypts. It was an act of high importance. It raised the Cracow Cathedral church to the rank of the national Pantheon, where the greatest spiritual leaders rest next to kings and national heroes. 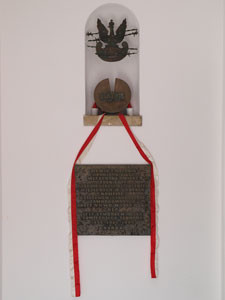 The Urn with the Soil from Katyn 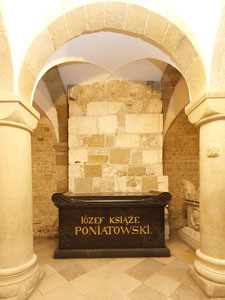