Wenceslaus – Vaclav – is a Slav name of Czech origin. The saint of this name and the one who contributed to its popularisation, is the patron saint, national hero and leader of Bohemia. The phrase “Svaty Vaclav” has become a motto of our southern neighbours as an expression of a patriotic spirit. In the olden times, and in particular during the era of the Czech national revival, many projects have been branded with this name. This does not mean, however, that the worship of St Wenceslaus did not cross the borders of the country.

On the contrary, quite early it became very popular in the neighbouring countries. It was equally popular in Poland. It is enough to say that there were several early churches of St Wenceslaus in Poland, among which is the Wawel Basilica. Despite the widely spread worship of St Wenceslaus, he is not a well-defined historic figure. It is not known why, after the death of his father Vratislav in 920, he was brought up by his grandmother St Ludmila rather than his mother, Drahomira of Stodory, who was more strongly attached to his brother Boleslav, the murderer and the successor of Wenceslaus.

The nature and the development of internal conflicts which marked the short reign of St Wenceslaus and were probably the reason of the fratricide remain unknown, as is their impact on the policy towards neighbouring countries. There is even no certainty about whether his rule began immediately after his father’s death or whether there was any regency period, and, if so, for how long. He is said to have been well-educated and learnt Latin in Budec. Perhaps in the times when the Slavic rite was popular in Bohemia, he was the follower of Western trends and opted for an agreement with the strong German neighbours.

He was probably backed by some Czech magnates, while strongly opposed by some circles that longed for decentralisation and supported pagan traditions. However, it is possible that some wanted to remove him because of his weakness as a ruler, which goes well with his image of a young man, almost exclusively devoted to piety and works of charity. However, these are only hypotheses. Some see Wenceslaus as an extremely pious man, while others as a ruler and a brave knight.

The death of Wenceslaus in Stará Boleslav on the 28th of September, 929 (according to Cosmas) or 935 (according to Widukind of Corvey) was considered martyrdom. Almost immediately afterwards, he began to be venerated as a saint. His body was soon transferred to the Church of St Vitus which had been founded by Wenceslaus. The worship of St Wenceslaus has been reflected in writings. The literature devoted to him is very extensive and covers chronicle accounts, songs, liturgical texts and hagiography. 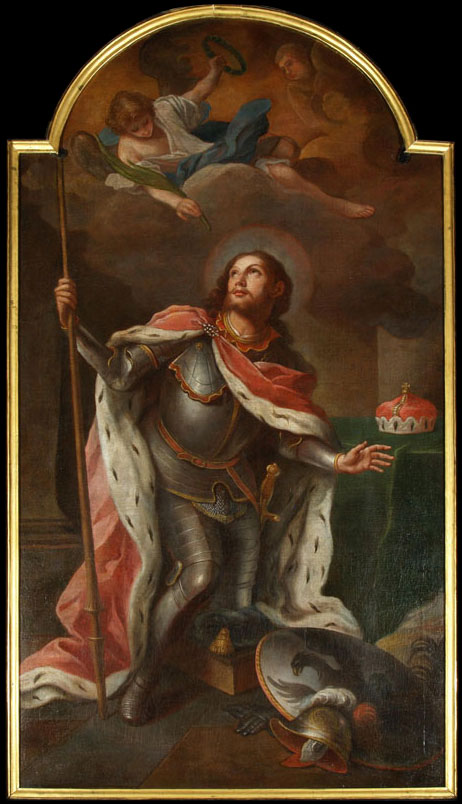